We Are Open During Business Hours We are closely monitoring events with COVID-19, complying with all governmental regulations & taking all safety precautions to ensure the health of our patients. Curbside service will remain available for any patient who would prefer to use this method. Hearing aid clean and checks, hearing aid repairs and supply pick-ups can be handled in this manner. Please call if you have any questions or need to reschedule. Thank you for your understanding, cooperation, and loyal patronage.

Would you like to switch to the accessible version of this site?

Don't need the accessible version of this site? 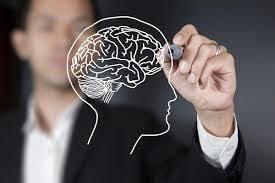 Hearing happens in the brain

When we hear, sound waves travel from the outer ear, through the middle ear, and into the inner ear where the vibrations stimulate thousands of tiny hair cells. The tiny hair cells in the inner ear send electrical signals to the auditory nerve which is connected to the auditory center of the brain. The brain translates the impulses into sounds that we know and understand. The brain also discriminates relevant sounds from background noise and turns up the volume of our own speech. In fact, our brain filters out unwanted noise so that we can focus on what we are listening to.

We all want to retain our mental sharpness as we get older. Hearing loss plays a role in our ability to stay mentally sharp as we age. Untreated hearing loss can lead to isolation and loneliness, and research has linked hearing loss to an increased risk of cognitive decline, dementia, and Alzheimer’s Disease. Hearing loss is also shown to accelerate brain atrophy or shrinkage.

A 2011 study by Johns Hopkins Medicine and the National Institute on Aging found that adults with hearing loss are “significantly more likely to develop dementia” over time than those who retain their hearing.1 The researchers found volunteers whose hearing and cognitive abilities were tested in an earlier study between 1990 and 1994 and continued examining them every one or two years up until 2008. Volunteers who had untreated hearing loss at the beginning of the study were more likely to have dementia by the end. Depending on the severity of their hearing loss, some were up to five times more likely to develop dementia.

As hearing becomes harder, your brain has to work harder to register and comprehend what you’re listening to. This steals energy needed for memory and thinking.  The portion of the brain used for hearing can become reorganized in even the earliest stages of age-related hearing loss. These compensatory changes increase the overall load on the brains of aging adults. The cognitive overload begins to fatigue the brain and puts it at an increased risk for dementia.2 Researchers say that managing or treating hearing loss is one of nine things you can do to prevent dementia.

The brain and everyday sounds

Untreated hearing loss affects the brain's ability to remember everyday sounds.3 When the hearing nerves lose their function and no longer channel sound signals to the brain, the brain can temporarily lose the connection to those sounds until treatment.

Additionally, researchers at Johns Hopkins found people with impaired hearing lost more brain tissue annually than people with normal hearing, likely due to atrophy from lack of stimulation.4 This link between hearing loss and cognitive decline reinforces the need to get hearing checked annually and seek out treatment if hearing loss is present. Hearing aids are the most effective treatment of hearing loss at all stages.

Evening and occasional Saturday hours are available by appointment only.